I work for a large accounting firm, and we have had a fairly good decade or so of success and growth.  We’ve all been here awhile, and we’ve all been through some big projects together.  This put us in some stressful situations, but we worked through it and we’ve learned to trust each other.  That makes for some close friendships.  So when several of us began discussing a company event, at a nearby park, there was more enthusiasm for this working day off than there might be in a more anonymous, disconnected corporate seminar.  Not everybody was interested, and that was fine.  Several of us, including myself, were huge lovers of outdoor grilling, and we sold almost everyone on the pleasures of the mighty barbeque.  I personally maintained, against many accusations of blasphemy, that a good sauce was unnecessary for a successful barbeque entreé.  The sauce advocates assured me that my work would be the abject pit of horror, and a contest was organized.  Of course, I didn’t tell anybody about my secret weapon: the SteakAger, which, even as I found myself seeded last in the barbeque playoffs, was tenderizing several cuts of meat in my home. 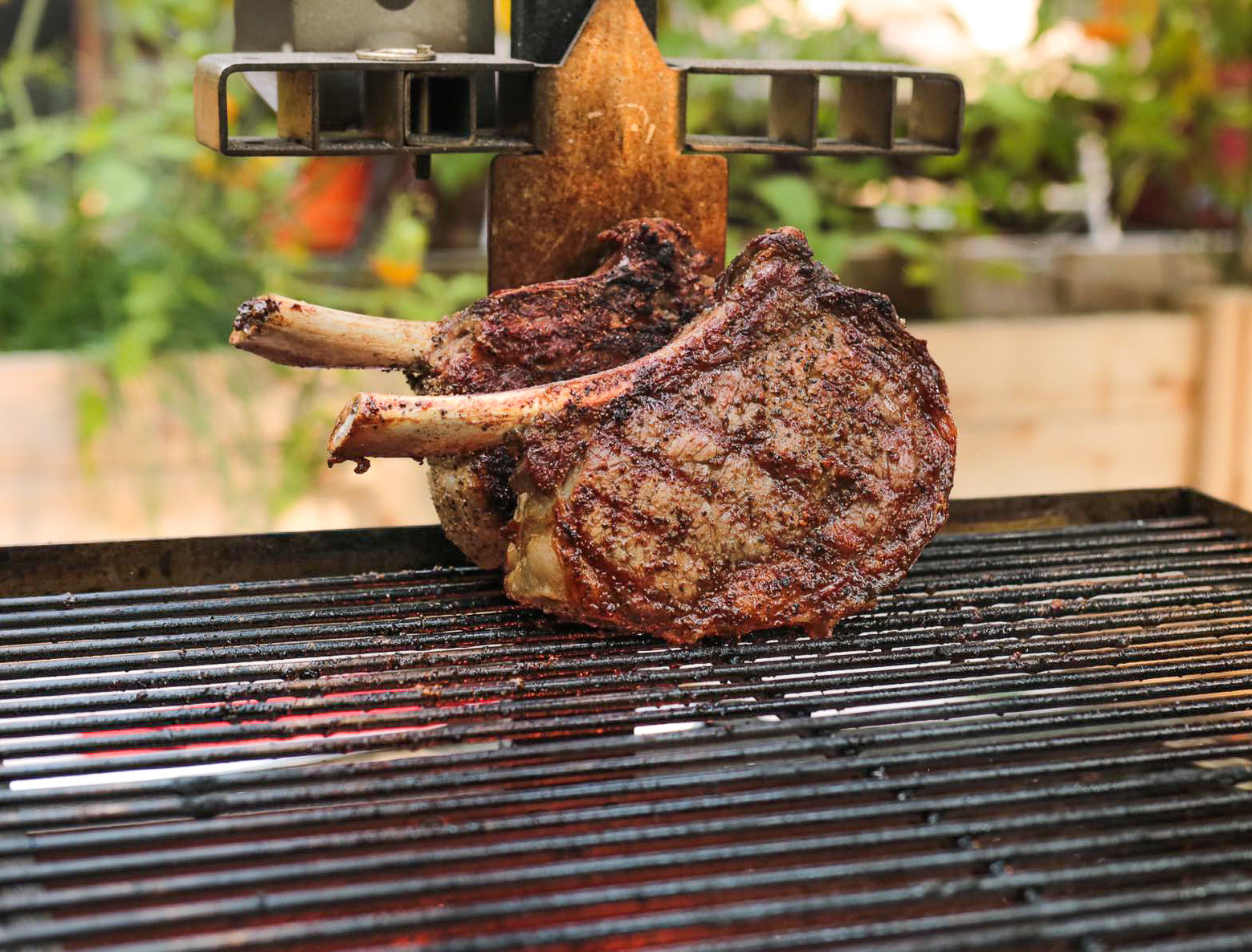 Aged steak has been recognized for its buttery tenderness for centuries, but the aging process must meet some stringent requirements before it can be successful.  You need dry air, not humid, and you need constant temperature.  Not every refrigerator can supply this environment, but the SteakAger ultraviolet lights and humidity control system will create the perfect microclimate within your fridge that will create a complete ageing shelf.  My SteakAger is usually pretty full, since I like to age my meats in a sequence of dinner for several weeks in advance.  I decided to assign the sirloins and T-bone cuts that each had five days of aging on them, and get them ready for the barbeque in two weeks.  That would give them a total of 19 days aging, not too extreme, but enough to get them in perfect tenderness.  I had learned that cuts of beef should get a minimum of ten days of aging to get the benefits of the process, and some of my best grilling had been with some ribeyes that had gotten twenty-eight days. 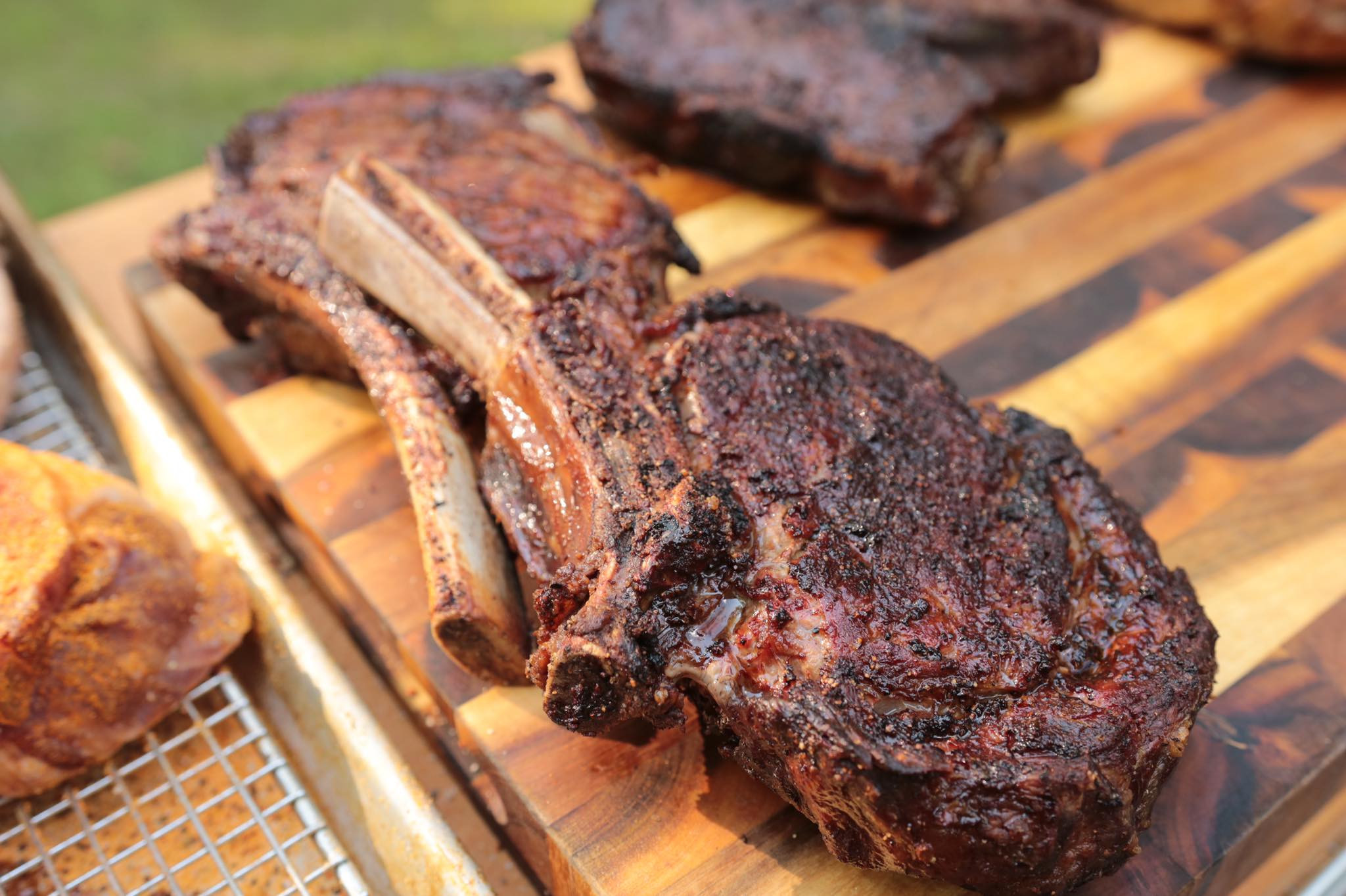 When the big day rolled around, I was ready.  I loaded up my grill, my food, and my SteakAger, and trucked the whole shebang out to the park.  I was one of the last ones there, and several of the other guys were already working their own magic with smokers and other beef preparations.  I set up my grill and brought out my sirloins and T-bones cuts.  I had the SteakAger set to one side, just to show everybody how I made my steaks so incredibly tender and sweet.  I put a very simple dry rub on the sirloins, to demonstrate that I understood the variety of flavors that a good barbeque should have, and I only put salt and pepper on the T-bones, in order to create a pure steak flavor experience.  When it was time for the judging, I have to admit I was very nervous.  There were huge briskets there that had deep, thick “bark” on them, a layer of surface meat that had been smoked firm and salty, and they dripped with juice.  The scent of the tomatoes in the various sauces from some entries was thick in the air, as well as the whiffs of a vinegar and hot pepper sauce that some Carolinians had made.  The three judges had a tough job to do, as we contestants all glared at them.  They solved their social dilemma by creating a separate category of victory for every contestant, and they were roundly booed for their overly diplomatic approach to judging (although they probably saved themselves a lot of arguing).  I took first prize for the best (and only) dry aged steak in the competition.  I have to say, after the contest I got very busy, as a crowd gathered around my SteakAger, and I explained to my friends how I made those beautiful cuts of beef melt in their mouths.  I pretty sure the other guys were jealous, especially when they asked for a taste.  And I have to admit, an aged steak in a great sauce does represent the best of both worlds.

Looking to buy a SteakAger, browse our products here.